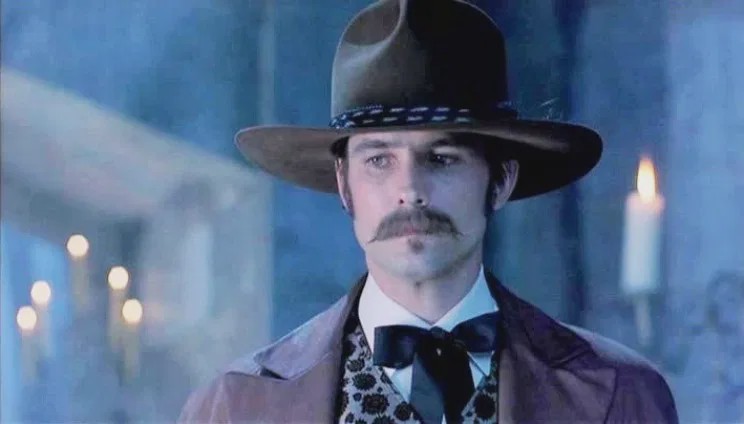 You heard that right, it wasn?t Van Helsing or Jonathan Harker who killed Dracula, it was one of America?s boys! Saving the world AGAIN. And he didn’t even need a gun! USA! USA! USA!

But before we meet our hero, Quincey (not Quincy) Morris, we?ll briefly meet the cast of Bram Stoker’s most famous novel, “Dracula”: there?s Jonathan Harker, who’s been sent from London to Transylvania to deliver legal papers to Count Dracula since UPS doesn?t go there; Mina Murray, his fianc?e, the epitome of Victorian wholesomeness and therefore yawn; Lucy Westenra, Mina’s best friend and less yawn, more jawn; and Professor Abraham Van Helsing, a Dutch doctor/vampire hunter whose name, I believe, is some version of ?from hell? or ?from a hellish place.? (This is just a guess on my part, but I can?t believe that someone who hunts vampires would coincidentally have a name that starts Van Hel-). Also, there’s Dracula.

?Dracula” is what smart people call an ?epistolary novel,? but I call, ?a book that?s all letters and diary entries and stuff.? It begins with Harker?s diary as he chronicles his travels from the UK to the Wild East of Transylvania. Thanks to Francis Ford Coppola?s “Bram Stoker?s Dracula,” I can only hear Harker as though he were Keanu Reeves doing a TERRIFYING English accent. This part satisfies the genealogist in me:

?In the population of Transylvania there are four distinct nationalities: Saxons of the South, and mixed with them the Wallachs, who are the descendants of the Dacians; Magyars in the West, and Szekelys in the East and North. I am going among the latter, who claim to be descended from Atilla and the Huns.? Which sounds like a ?60s pop group. Also, claiming to be descended from Atilla the Hun must’ve been the 19th-century equivalent of claiming to be Cherokee.

Harker then complains of nightmares, blames them on the Chicken Paprika (no spice please, we?re British), and describes Eastern European women as “pretty, until you get near them.?

Then there were the locals: ?The strangest figures we saw were the Slovaks, who?re more barbarian than the rest, with their big cow-boy hats, great baggy dirty-white trousers, white linen shirts, and enormous heavy leather belts, nearly a foot wide, all studded over with brass nails.? Sort of like Quincey in Czechoslovakia.

Parker continues: ?Count Dracula directed me to the Golden Krone Hotel? where Harker was greated by an elderly woman, which made me think that the ?Golden Krone? might?ve been a play on the currency ?krone? and also ?crone.? When Harker tells the proprietress and her husband that he?s going to see a Count Dracula, they cross themselves and she begs him not to go since it?s the eve of St George?s Day, when evil is allowed to run amok. (St George slew a dragon; Dracula or Dracul means “devil.”) But Harker just chalks it up to something wild in the paprika and heads straight to the depths of hell. Metaphorically. So that?s enough back story, eh wot?

Quincey Morris writes the occasional letter but unlike the other characters doesn?t keep a journal – well, neither does Dracula, but we already know what drives that guy. Yet how would one describe Quincey? As a friend once said when I asked him to describe a Texan: ?He?s a Texan.? I?m not sure how true-to-life the places that Stoker described in the opening of Dracula were; although he?d never been there, he knew of Borgo Pass, the Slavic superstition of St George?s Day, the constant warring between the various factions who lived in the Romania/Hungary/Turkey territories. But I wasn?t sure how much Stoker knew about Texans. (In all honesty, I don?t know too many Texans myself, though I suspect Quincey is the embodiment of the Wild West. Almost in tandem with Lucy Westenra, but not quite.)

Quincey is introduced in a letter from Lucy to Mina as one of several men who proposed to Lucy. She’s quite taken with the American?s slang, though even she realizes he pours it on thick to impress her. I don?t know what Bram Stoker sounded like, but I imagine him trying to sound American here and perhaps succeeding, because when the Irish try to do an American accent they kind of sound like John Wayne. Here?s Quincey?s opening line, as quoted by Lucy:

?Miss Lucy, I know I ain?t good enough to regulate the fixin?s of your little shoes, but ? Won?t you just hitch up alongside of me and let us go down the long road together, driving in double harness??

My stars! I?m surprised he didn?t mention a caboose. Though surprisingly, Quincey’s down-home yet manly manner is just not what it takes to win Lucy?s heart, and like a cowboy riding off into the sunset, Quincey tells her, ?Lucy, you are an honest-hearted girl, I know. I should not be here speaking to you as I am now if I did not believe your clean grit, right through to the very depths of your soul.? So it appears Lucy, like John Wayne, had true grit.

Tune in next time when we’ll learn what drove a Texan to England, if he?ll hitch his wagon to a star, or will he do battle with the forces of hell? (You can probably tell the answer from the title.)

Blind Faith: A Murder That Didn’t Add Up